Stuff I've been up to

Posted Thursday, May 21st, 2015 6:52:00 am
It's been a rather busy month so far. I've been getting lots of stuff done and have been slowly progressing in my competitive gaming.


I've won another series and am now at Bronze II on the season, but not even Colz can stop me from getting wrecked by bad teams it seems, I'm 2-4 since placing into Bronze II. My mechanics are really bad, and I'm starting to wonder if I should be playing more than once a week to improve at my mechanics, but then I remember that it's Ron's Bronze Plays, and the plays won't be bronze if Ron gets good.


I've won 3 more games against silver pilots recently, and that has rewarded me with becoming a silver pilot myself. I was never all that great at competitive Descent 1, and playing the masters of today really makes me feel that I have more to learn than just piloting. Granted, some of these pilots have spectacular aim as well, which is why I'm planning on switching over to mouse once my mouse patch gets into DXX Retro and becomes generally available. I'm almost to where I am today in skill with it, but need a lot more practice. I'm going to a Descent LAN in July, and I'm hoping that is when I'll be able to make the switch over to mouse. 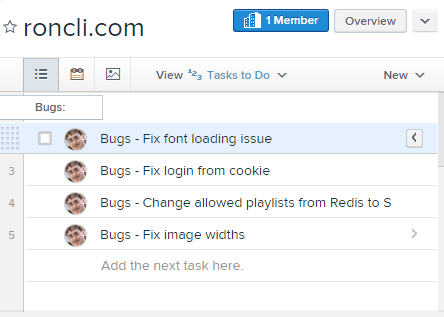 That's right, I'm almost DONE! There are only 4 bugs left. The font loading issue hasn't happened lately and I might be able to get rid of it. The login from cookie is a really strange bug that I can't reproduce, but is something I need to figure out and fix before launch. The allowed playlists deal was just a bad design decision I made earlier that I need to fix. And the fix image widths bug is where I have really big images that aren't being scaled down, which is causing the layout to break.

Best viewed with the latest browsers